Welcome to a very special Draftivus Friday version of Shallow Thoughts & Nearsighted Observations, which I publish at the risk of over-saturating the market of those two commodities.  Included is my Soup-To-Chocolate-Cake 7-Round Mock Draft, as promised.  Ready..... BEGIN.

1.  My draft bunker is shaping up nicely, and I plan to spend nearly all of the next two days posted up in the left recliner.  MHR's draft coverage plan looks terrific, and I have a feeling that it will be unparallelled, in the final analysis.  From Guru's presence in the press area at Radio City, to Styg's coordination of the on-site presentation, you don't want to be anywhere else but Mile High Report.  This is going to be the best weekend in MHR history.

2.  It is starting to look like both BJ Raji and Tyson Jackson will be gone by the time the 12th pick rolls around.  Or is it?  I was thinking about this on my train ride home today, and I am feeling better that one of them may get there.

Consider this.  There are two QBs (Stafford and Sanchez,) 1 WR (Crabtree,) 4 OTs (J. Smith, Monroe, A. Smith, and Oher,) and 1 LB who are almost certain to go before Pick #11.  That's 8 players.  Add in Darius Heyward-Bey, who seems likely to go to Oakland, Jeremy Maclin, who is a Top 10 talent, and Josh Freeman, who somebody is going to trade up for, and there's your 11 guys.  Even if Maclin slips, and only one of the two between Jackson and Raji goes in the top 11, that still leaves the other one.  I am pretty sure Jackson will be gone by #12, but I think there's a better-than-decent chance Raji makes it that far.

In the mock which follows, I decided that Peria Jerry sounded like a good fit at #18, as a 5-technique conversion, and a pass-rusher in a 4 man front.  I just can't get past the idea that both #1s need to be defensive linemen. 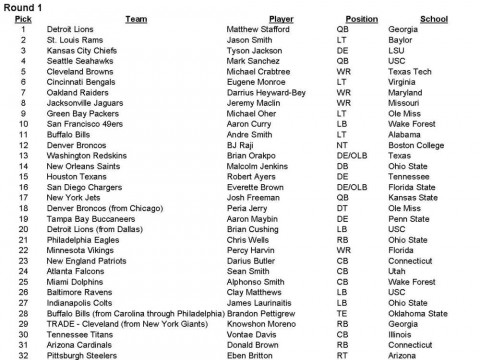 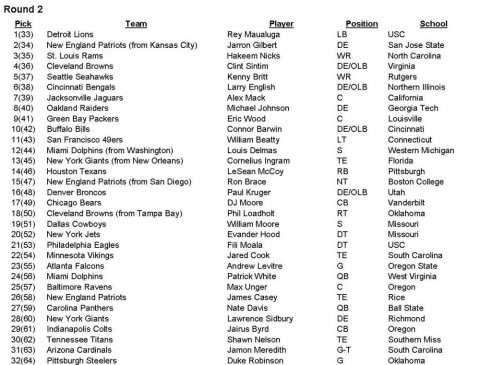 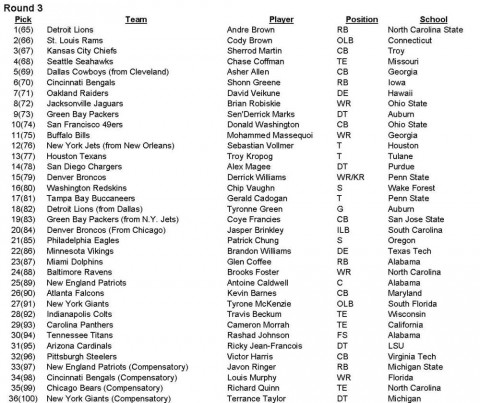 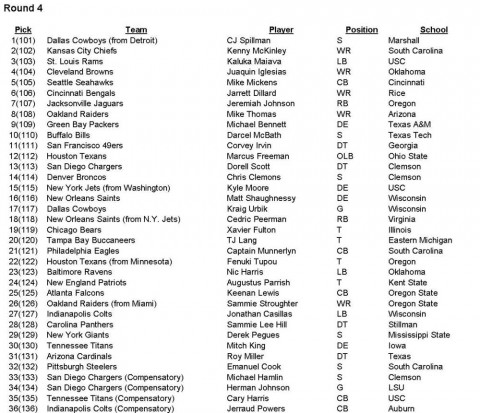 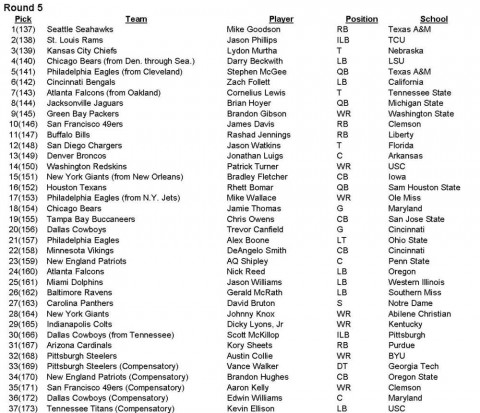 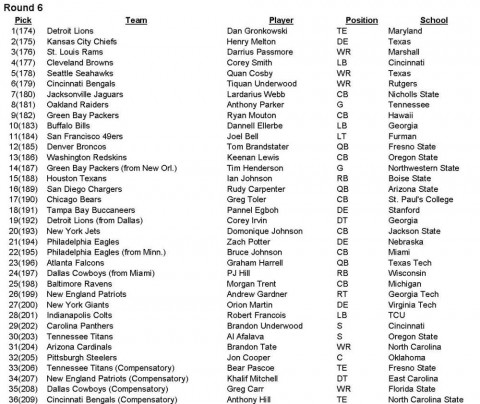 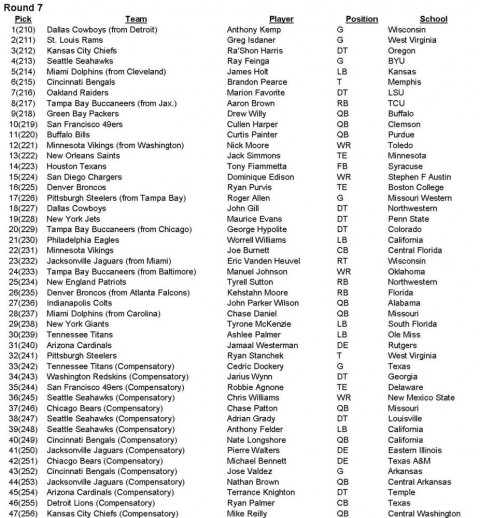 4.That means my Broncos 7 Round Mock Draft is:

a.  I think Raji may last until #12, and would be the no-brainer choice at that spot.
b.  I mentioned Jerry.  He was a 300 pound quick, penetrating DT in a 40 front in college.  I would rather take a DT here than an edge guy, because I think there is less drop-off in quality between the 1st and 2nd round edge guys than there is at DT/34DE.
c.  I'm a big Paul Kruger fan.  He's relentless and tough, and really gets after the QB.
d.  You might think Derrick Williams doesn't fit a need, but I'd rather not see Eddie Royal returning many kicks.  I think Williams is a good value in the 3rd round, and is a useful player on  a winning team.
e.  Jasper Brinkley is a thumper inside, and the 3rd round is the right range for him.  He was banged up as a senior, but dominant as a junior.
f.  Chris Clemons is a name which hasn't been bandied about this site very much, but he is a talent.  He runs 4.38 in the 40 as a FS, and can match up with slot receivers.  I think he's not ready to play Day 1, but with a year on special teams, he could contribute on defense.
g.  Jonathan Luigs is a little undersized for most blocking schemes, but I think he can anchor well enough to pass-protect.  He was outstanding in college, and he's worth a look in the seventh round.
h.  Tom Brandstater strikes me as a McDaniels type of QB.  I was playing a hunch here.
i.  Ryan Purvis is a good blocker and receiver, and a good value as a late-round TE.
j.  Kehstahn Moore is a versatile backup RB/special teams player.  He played teams at Florida, like most of their best players do.
5.  You know what irritates me?  Sportswriter cliches.  I was reading Peter Schrager's 7-round mock, which I give him credit for doing, because I now realize that it's a project and a half.  I found out from Schrager that Tyson Jackson has been giving SEC linemen fits.  Really?  Like epileptic seizures, or what?
I was taught as a young man that great writers can write it like they speak it.  It's sort of like how Method Man speaks just like he raps.  The voice is obviously real.  Could you see somebody using that "giving fits" cliche in conversational speech?  Or using the word "scribe" instead of writer?
Writers ought to ask a question.  Is what I am writing something that sports readers are used to seeing in print?  If the answer is yes, then you should spike the sentence, and come up with something better.
6.  As I write this, I am watching a Mets game, because I am longtime fan.  I was just thinking how Carlos Beltran was a big-money free agent signing who has worked out well in every way.  He struggled his first season, but he's been very good the last 3.  I hope the signings of Dawkins and Goodman work out so well.
7.  Retired for John Elway.
8.  I think I am going to try out the NFL Network tomorrow.  The only attraction of ESPN now is the chance that Mel Kiper might lose it, and finally curse out Todd "Toddy-Come-Lately" McShay.  Now the NFLN has a chance to not irritate me just as much.
We'll see you tomorrow, for the biggest day in MHR history.  Get fired up!!!