The Broncos delivered an easy victory, 35-19. They held their opponent scoreless in the first and fourth quarters. They allowed fewer than a hundred rushing yards yet again. 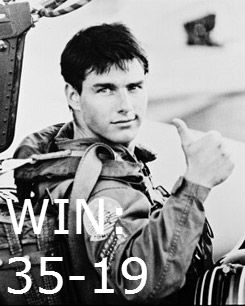 Then why does this win feel like a loss?

I guess that’s what happens when expectations are set as high as the Rocky Mountains, when your team is setting scoring records, and finally, when fans want the sun, moon, and the Super Bowl.

We should probably get used to it.