Peyton Manning can’t throw in cold weather—unless he can. 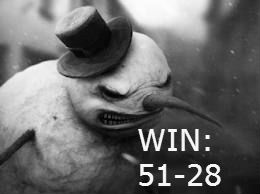 That’s the narrative now. Although the temperature hovered around a frigid five degrees for most of the game, the Broncos offense—and Manning in particular—created a blaze so hot, the Titans needed treatment for third-degree burns.

Make no mistake: the Broncos had two plans in this game. The first was to win the game, which they did handily, 51-28. The second was to send a message to the rest of the league: Peyton Manning can not only play in cold weather, he can torch you.

If you’re coming into Denver late in the year, you'd better believe in Santa Claus. That’s because Peyton Manning is Jack Frost.