Welcome to my sixth rewrite in the last twenty minutes. 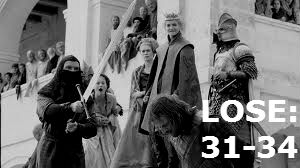 Instead, we’re going to be talking about bouncing balls for a whole damn week.

What a letdown, and what a silly way to lose a game.  There’s just no rewriting that.