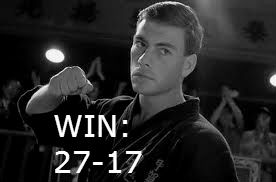 The Broncos just restored order to the NFL with their 27-17 win, which could have been a lot more lopsided. The NFL simply can’t have teams like the Chiefs masquerading around like a legitimate Super Bowl contender.