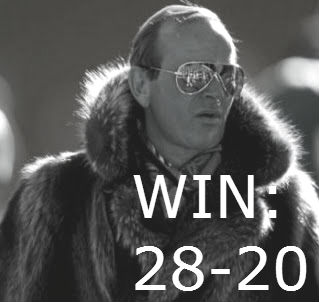 With the Broncos' 28-20 win this afternoon, Bowlen became the second fastest owner in NFL history to reach three hundred wins (Al Davis had to beat Bowlen at something).

The dude has seen a lot in his three decades as owner—John Elway, Peyton Manning, Super Bowls, and everything in between.

Three hundred wins has to rank right up there—until he gets to 301.

Honorable Mention: Shaun Phillips, Domonique Rodgers-Cromartie, Louis Vasquez, Manny Ramirez, David Bruton, Adam Gase (the call to get Thomas on a jailbreak screen, but out of the backfield).