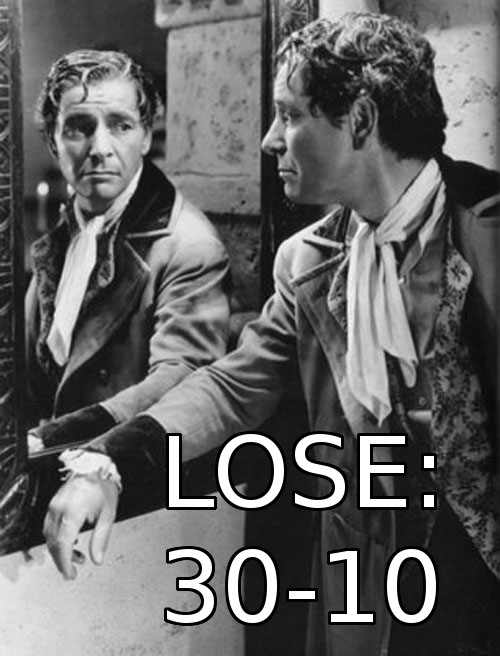 It was a great first half, it was a second half I can't remember.

Week 2 of the preseason is officially in the can. And what have we learned?

Depth could be an issue with the Broncos in 2012.  Injuries have already taken their toll.

It seems it's the scoreboard's turn now.

1. Despite two interceptions, Peyton Manning played a better game than he did last week.  His footwork was as good as ever.  His movement in the pocket was a clinic.  He finally threw a deep ball (now we can stop wondering), and he worked his progressions like a veteran should.  No, his arm isn't a cannon, but his pass to Brandon Stokley shows that he can still get it into the holes of zone coverage.  Do I need to mention his presnap reads?  Didn't think so.

2. Continuing with the Manning theme, notice what happened when the Broncos went up-tempo?  The Seahawks were forced to burn a timeout.  They also became reactive instead of proactive.

3. I know I'm overreacting, but how cool is it to see the Broncos' tight ends getting work in the passing game?

4. At least tonight, J.D. Walton showed improvement.  Ted Bartlett and I were talking about this during the game--it seems like Walton (and Zane Beadles for that matter) fit a zone-blocking scheme much better than a man-blocking scheme.

5. Willis McGahee just keeps hitting the hole and falling forward. That's all he does.  And with some extra beef this year, he falls forward farther.

6. David Bruton lived up to his role as the ace of special teams.  Add two block punts to his day at the office.

7. If you saw Ty Warren defeating double teams in the first half, you can only shake your head in amazement.  If the Broncos can get that kind of play from Warren for even 10-15 plays a game, they will be just fine.

8. Champ Bailey on Terrell Owens just meant T.O. was about to go to school.  And speaking of the defensive backfield, they played about as well as they could have in the first half (the second half was a different story, of course).  The Seahawks barely moved the ball.  Jack Del Rio also played a lot more man coverage than he typically does, so this is no small thing.

9. Bigger usually is better--it certainly seems the case in Del Rio's defense.  Mitch Unrein?  Bigger.  Justin Bannan?  Bigger.  Warren?  Always big.  And playing Derek Wolfe at end in the base formation means there's a lot more beef out there than usual.  Speaking of Wolfe, keep yer motor runnin', Dude.  As we noted last week, Wolfe goes under the radar, but he just keeps going--with results.  You may have even noticed Wolfe received a few double teams while pass rushing, so he's already getting some attention.

10. Elvis Dumervil showed a great inside power move on the sack by Mitch Unrein.  Then Doom displayed his outside speed rush, beating a double team and drawing a penalty.  From there, he proceeded to put his boot in Russell Okung's ass.  Last week, Doom's head wasn't in the game early.  This week, he was zoned in.

1. Bring back Ed Hochuli and whoever the hell else comes with him.   These replacement referees continue to butcher almost every call.  Tony Carter's pass interference call immediately comes to mind.  Also, here's a question?  Who didn't Russell Okung molest, hold, or swing at during the first half?

2. Can't think of a time Peyton Manning has thrown two picks in a half (I'm sure I'm exagerrating).  One was a fluke (the tip), while the other was a duck of a pass that floated. Time to get concerned? No.  Did I mention that he shredded the Seababies' defense to end the half?

3. Hard to get a read on kick or punt returners at altitude, although Bubba Caldwell looked okay.

4. There's no excuse for Lance Ball not covering the ball on his fumble.  The linebacker just tore the pigskin from his hands.  Let the battle at running back continue.

5. On Manning's first tipped intereception, Zane Beadles should have been engaged with his man.  The defender was allowed to jump freely with both arms up.  As Doc Bear pointed out to me during the game, this is the exact time Beadles should be stepping up, even if it was a pass play.

6. Terrell Owens beat Chris Harris deep in Cover 1.  The result (a dropped TD) was fortunate, but you can't always rely on Terrell Owens to go mental.  Harris redeemed himself later with a near-pick, however.  Still, in a game in which Denver's starting defense played great, every missed play sticks out as a negative.

7. Jacob Tamme, you can't drop Peyton Manning's first touchdown pass as a Bronco! I know you did, but you can't!

8. Robert Ayers isn't a bad player; it's just that when he breaks bad, he breaks really bad.  On Seattle's touchdown run, Ayers got hooked as bad as a player can get hooked.  Sometimes you wonder if it's more of a mental/confidence (and even a little scheme) thing with Ayers.

9. Look, there's no way to sugarcoat this; the Broncos defense in the second half got totally abused by Russell Wilson.  This is what happens, though, when you have a guy who can scramble and throw while you're playing man coverage with players who are going to get cut.

10. If I have to see another political commercial running here locally in Colorado, I'm going to unleash Russell Okung (a pox) on both parties.

1. Peyton Manning got hit and lived to tell the tale.  The problem? It wasn't really much of a hit.  Stay tuned.

2. Russell Wilson is the real deal at quarterback.  That doesn't mean the Broncos should have drafted him (like I'd wanted them to) instead of Brock Osweiler.  Context is king.  Take this bet, however: Wilson will be starting for the Seahawks.

4. What to say about Quinton Carter and Ronnie Hillman?  There's simply no tape to evaluate.

5. There's a lot of things one might say about Ryan Harris, but unfortunately, none of them are positive.  Harris was such a force early in his career.  Imagine what Denver would have had if neither Ryan Clady nor Ryan Harris had suffered the serious injuries they did.

6. One of the themes from last week was Denver's lack of depth on the offensive line. The theme continues.

7. Brock Osweiler was really up and down tonight.  He again showed his strong arm and some nice in-pocket shuffling (his pass to Julius Thomas was a perfect example of this), but he also seemed spastic in some of his throws; further, he held onto the ball way too long on several throws.  These are the sort of things that will come with time.  Tonight, we witnessed what the oldtimers used to call apprenticin'.

8. Xavier Omon won't be the life of the message boards this week.  Blame John Fox if you want to.  Xavier got exactly one carry in the game.

9. Nate Irving was monstrous last week. This week, he played rather average.  That makes him better than D.J. Williams, but not good enough to get lazy this week in the film room.

10. I'm sorry, Ryan Clady.  I haven't been focusing on you much because I assume you're doing your job as usual.