They came. They saw. They didn't get injured. 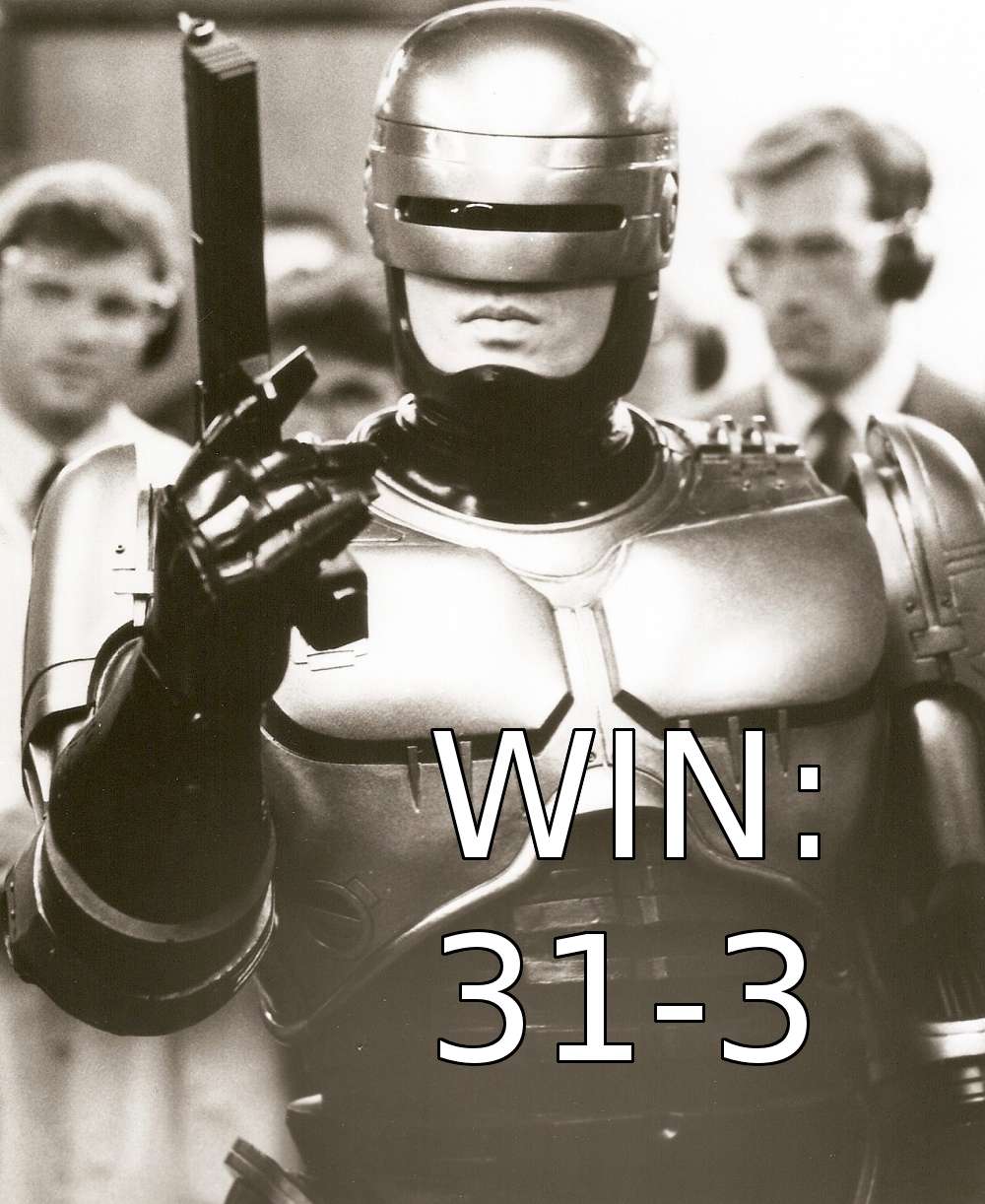 There was also a little thing called Peyton Manning's return to football.  Other than that, it was just another preseason game.

Excitement reigns in Broncos Country.  The Broncos just destroyed the Chicago Bears in every aspect of the game; their rusty Hall of Fame quarterback is only going to get better; their defense already looks to be a huge upgrade.

Yet, preseason is preseason for good reason.  It means little more than an opportunity for Xavier Omon to heat up message boards all across the nation--for at least a week.

1. Well, let's get this out of the way.  Peyton Manning had some rust, and his ball didn't come out as tightly as he wanted on his one and only series (John Fox blamed the weather conditions, for what it's worth).  His arm strength is also as average as it's ever been.  However, there was something we've not seen in awhile: a bona fide passing game that features the legitimate threat of the tight end.  You also saw what happens when a quarterback knows his progressions like the back of his hand. The added coaching Manning was giving Brock Osweiler on the sideline is just gravy.

2. The Broncos' up-tempo pace (how often have we been able to use this phrase in the last five years?) featured both 122 and 113 personnel groupings. It's been reported that Manning would use more 122 personnel groupings than he has in the past.  It seems the Broncos are going to make good on that promise.

3. Willis McGahee hasn't missed a beat.  It's a small sample size, but for a guy pushing 245 and 31 years old, he cut and moved rather well.  To be fair, Knowshon Moreno fared well, too.

4. Matt Willis took advantage of his opportunities tonight. He was particularly quick out of every one of his route cuts. Of course, I say that about him every preseason.  You're such a tease, Matt.

5. Perhaps the signing of Keith Brooking lit a fire under Nate Irving.  Either that or Irving is just that much quicker and more self confident this year.  It was great to see him fill the hole in the running game, and then in the passing game, he knew exactly where to go in both man and zone.  For me, Irving was the most pleasant surprise of the game.  Honorable mention goes to Mike Mohamed.

6. Caleb Hanie was a mixed bag.  Still, he showed enough mobility, arm strength (and even some good decision making) to justify his position on the depth chart.  His ability to throw a touch pass while scrambling is not as easy at it appears (Elway can attest to this).  John Clayton says the Broncos could bring in Matt Moore.  After watching Hanie, I'm not buying the theory.

7. Derek Wolfe had a couple of sacks tonight, and they weren't a thing of beauty.  But that's the point.  It's been a long time since the Broncos had a guy who has a motor like Wolfe, and who can grind out sacks the way he does.  There's something to be said for getting to the quarterback not in one tsunami, but in wave after wave.  Also, there needs to be someone who can clean up a sack after Von Miller or Elvis Dumervil flush the quarterback from the pocket.

8. You've got to be happy about Jack Del Rio's defense.  It's not a defense that seems to rely on a lot of exotic schemes (although it is preseason, so don't expect it to stay vanilla), so it's critical that everyone be in the right position.  If I could use one word to describe what Del Rio's defense was tonight it would be: disciplined. Five three-and-outs speaks to that.

9. I watched with interest Drayton Florence and Chris Harris in coverage in the first half.  Both held their own, although there wasn't much action to speak of.  After one round, I'd say the battle is even.  And yes, Tracy Porter is the real deal; I just don't have enough room to give him his own bullet point tonight.

10. I'll reserve this last bullet for Brock Osweiler.  For a rookie playing his first game, he showed amazing footwork.  His footwork is already light years ahead of some third-year quarterbacks you may have heard about.  His mechanics are improved since college, and he's got a strong arm.  The touchdown pass he threw in the third quarter was a laser.  On the downside, he did this damage against scrubs and without much pressure.  But so far, Mr. Elway, so good.

1. We didn't see anything from Jay Cutler tonight.  That's too bad. I was really looking forward to exploring the depths of my hate.

3. Backup guard and rookie Adam Grant will look back at this game without fondness.  On a positive note, if this football thing doesn't work out, he's got a long career ahead of him as a extra in B-rated Viking movies.

4. Speaking of the offensive line, they don't exactly put the "D" in depth, but they do get a "D" grade for how thin they seem right now.

5. The referees.  Not only did they give a few phantom calls to Tony Carter, but they spotted Matt Prater's first-half field goal improperly.  I guess I need to start taking an interest in the spat between the refereee's union and the NFL at this point.

6. Ted Bartlett mentioned this to me during the game, and it's something I agree with: Demaryius Thomas can still be more precise on his routes. It's not that he was poor by a long stretch, but he can (and will) get better.

7. Chicago's lazy two-deep zone made it so easy for the Broncos up the seam, I'm a little hesistant to give the Broncos a lot of credit.  We'll see how this goes in the regular season before I get too excited.

8. Because the regulars were in for such a short time, it's difficult to evaluate Rahim Moore properly.   Take solace in the fact that the Bears did nothing on offense and call it a night.

10. Canceled airline flights blow (and I'm looking at you, Delta).

1. Brandon Marshall was in the game just long enough to make any meaningful analysis of his play completely useless.

2. Without Tim Tebow's ability to influence the outcome of games, Matt Prater missed a 57-yard field goal.  Either, that or kicking field goals from 60 yards is that difficult.

3. Omar Bolden had some good and some bad, but it's expected from a rookie.  When he was in coverage, his speed and quickness was evident.  Yet he easily gave away his leverage on a blitz early in the third quarter.   The good news?  He can fix the mental error and he'll still wake up the next day with that kind of speed.

6. Malik Jackson is much bigger than I thought he was, and I'm not so sure that's a good thing.  I understand that putting him inside during passing situations is likely to yield an advantage, but I think he may also get washed out more often than not.

7. Sealver Siliga can bench press and squat a lot of weight, but does it really matter?

8. Who will emerge as a returner on special teams?  Your guess is as good as mine.

9. Jeremy Beal had two sacks late.  If I had room, he'd be listed as a positive today.

10. Adam Weber had some good (a nice touchdown) and some bad (three overthrows).  Will he have enough to make this roster?